Report on EMA-ISFC Meeting in Ohrid

on Meeting ‘Fungal Conservation in Changing Europe - the Challenges Ahead,’

The scientific Meeting of the European Council for Conservation of Fungi entitled Fungal Conservation in a Changing Europe: the Challenges Ahead, held in Ohrid (Macedonia) in Oct 2017, was a great success and all projected programme goals and objectives were achieved, in the context of promotion of international cooperation in fungal research, monitoring programmes, the specific steps towards fungal red listing in Europe at continental and national levels and towards publication of a European Red Data List of threatened fungi, and ECCF current and future contribution to global fungal conservation initiatives.

Introduction and Background Information on the Event

The 2017 Meeting of the European Council for Conservation of Fungi (ECCF) entitled ‘Fungal Conservation in a Changing Europe - the Challenges Ahead’ was held in Hotel Tino in Ohrid, Macedonia, between 1st and 6th of October. This high-profile event, held under the auspices of the European Mycological Association and the International Society for Fungal Conservation (ISFC), was organised and hosted by the Macedonian Mycological Society and Ss Cyril and Methodius University from Skopje. The Macedonian Mycological Society (MMS) is based at the Institute of Biology within the Faculty of Natural Science and Mathematics, Ss Cyril and Methodius University in Skopje. The ECCF was established in 1988 and it is now the conservation body of EMA. Full meetings of the ECCF have traditionally been held halfway between successive congresses of European Mycologists. The previous ECCF meetings were held in Poland, Germany, Switzerland, Italy, Finland and Spain. The gathering in Ohrid enjoyed great support, and it was particularly significant that it took place in the Balkan Peninsula, which has in recent times seen remarkable progress in fungal conservation. The Balkan countries are large mushroom exporters but they are still in lack of proper legislation pertaining to fungi protection.

Within the Meeting Programme, more than thirty oral presentations were delivered and approximately twenty poster-presentations. Three sessions were held enabling specialist consideration of fungi covered by three of the IUCN Species Survival Commission’s Specialist Groups (red-listing of larger Basidiomycetes, rusts and smuts, and non-lichen-forming Ascomycetes). There was a one-day field excursion to Pelister National Park (visiting five-needle molika pine forest - Pinus peuce). During the event, two exhibitions were also displayed: an exhibition of freshly collected fungi and an exhibition of fungi in contemporary art.

The Meeting proved to be an excellent platform for the participants to discuss the current processes responsible for changes in the mycoflora on a local, regional, national, European and worldwide level, such as habitat loss, climate change, excessive exploitation, pollution etc.. The event plenary lectures and presentations dealt with the major ongoing European fungal conservation projects, along with educational, infrastructural and political challenges for fungal conservation in Europe nowadays. Lectures were delivered on red listing and legal protection of fungi in the Balkan countries, Turkey, Italy, the Netherlands, Poland, Germany, Russia. Nonetheless, the coverage of fungal conservation topics exceeded the European scale, with major talks on the state of affairs in China, India, Borneo and South Africa.

Fungal Conservation in the genomic age was widely debated and a review was made of how molecular techniques can inform and be applied to practical fungal conservation.

The hands-on workshops on global red listing were chaired by the Chairs of the IUCN (International Union for Conservation of Nature)’s Species Survival Commission Fungal Specialist Groups and the leaders of the Global Fungal Red List Initiative. Advancement or finalisation was made of the assessments of many fungal species.

Citizen science, databases and new technology for fungal conservation was also one of the topics, whereat the power of citizen science and big data to foster fungal conservation was underlined. A number of websites were pinpointed for fungal data search such as GBIF, USDA and MushroomMap. Valuable projects were presented, for instance the ‘Lost and Found Fungi’ UK-based project considering fungi that have not been observed for over 50 years and inquiring whether they are merely overlooked or truly extinct, or the India-UK collaborative ventures creating fungi databases.

A separate workshop/meeting of the European Council for Conservation of Fungi was held during which the past role of the ECCF in fungal conservation in Europe was discussed and its future role was mapped. Recommendations were made for bringing together ECCF members’ expertise to provide the best scientific evidence accessible to policy makers, communicating the significance of fungi to policy-makers and the general public, and providing assistance to ECCF members so that they can enhance their capacity via training and networking.

The Meeting was the first mycological gathering in Macedonia, whereat 56 representatives of 29 countries from Europe and beyond were in attendance. The overall level and quality of the international and a few local participants was outstanding. The majority of them were luminaries of fungal conservation on a global scale, such as scientists from IUCN Species Survival Commission Fungal Specialist Groups or their chairs and the leaders of the Global Fungal Red List Initiative.

The Meeting was covered by the domestic national and regional media. The reports were broad and entailed all key aspects of the fungal conservation meeting: its programme, purpose and expected outcomes. It was reported by the reputable national, daily broadsheet newspaper Nova Makedonija and the regional web-based news outlet OhridPress.

The Macedonian Mycological Society as a local host also provided extensive live coverage of the ECCF Meeting developments on social media: on the MMS twitter account and the facebook group specially created for the event, and subsequently on the Meeting webpage created within the MMS official website.

Fungi are essential to the recycling of nutrients in all terrestrial ecosystems, and they are inseparable from the processes that sustain life on earth but they are endangered. Until the last couple of decades, they were completely overlooked by the conservation programmes. The European Council for Conservation of Fungi was the first to recognize this problem. In 2010 the International Society for Fungal Conservation was formed, and in 2013 the IUCN as the world’s foremost conservation NGO formally recognized that protection of fungi was just as important as protection of animals and plants. The ECCF Meeting in Ohrid has definitely continued to contribute to these efforts, and by its decision to organise this gathering in Macedonia, ECCF has acknowledged and simultaneously immensely encouraged the current thriving fungal conservation activities in the Balkans.

The Meeting of the European Council for Conservation of Fungi, under the auspices of EMA and ISFC, has officially been opened in Ohrid on 1 Oct and it will last until 6 Oct 2017. It is hosted by the Macedonian Mycological Society and Ss. Cyril and Methodius University from Skopje.

Photographic albums with captions from all days of the scientific Meeting are available in the following Photo Gallery:

Exhibition: Fungi in Contemporary Painting, displayed throughout the Meeting.

Join the conversation on SOCIAL MEDIA: the Meeting twitter is @mkdmycology and the facebook group formed specially for the event can be found here: https://www.facebook.com/groups/638232593042526/.

Please use the Meeting hashtag #EMAohrid2017 and mention @EMAConservation to get the word out. 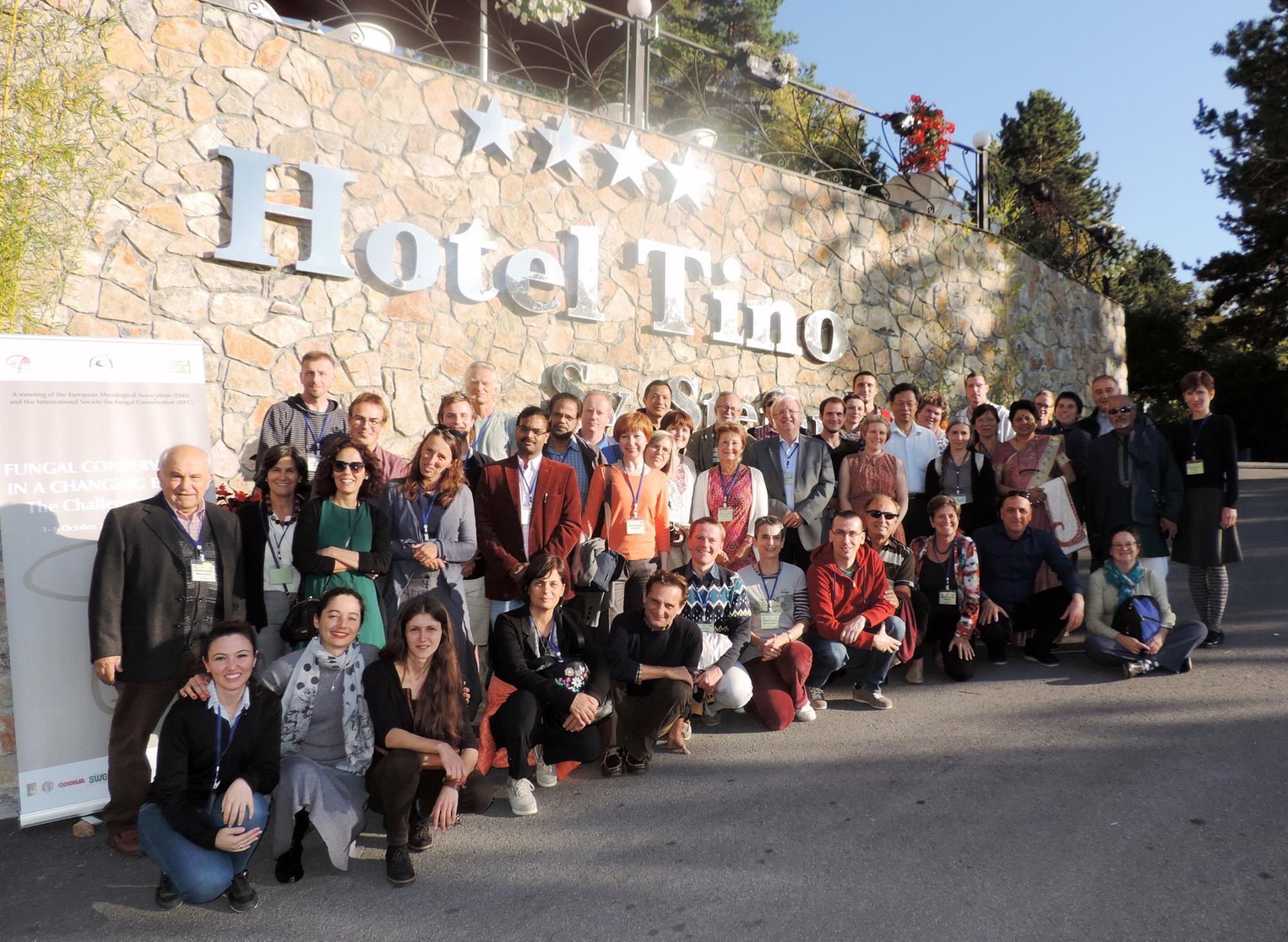 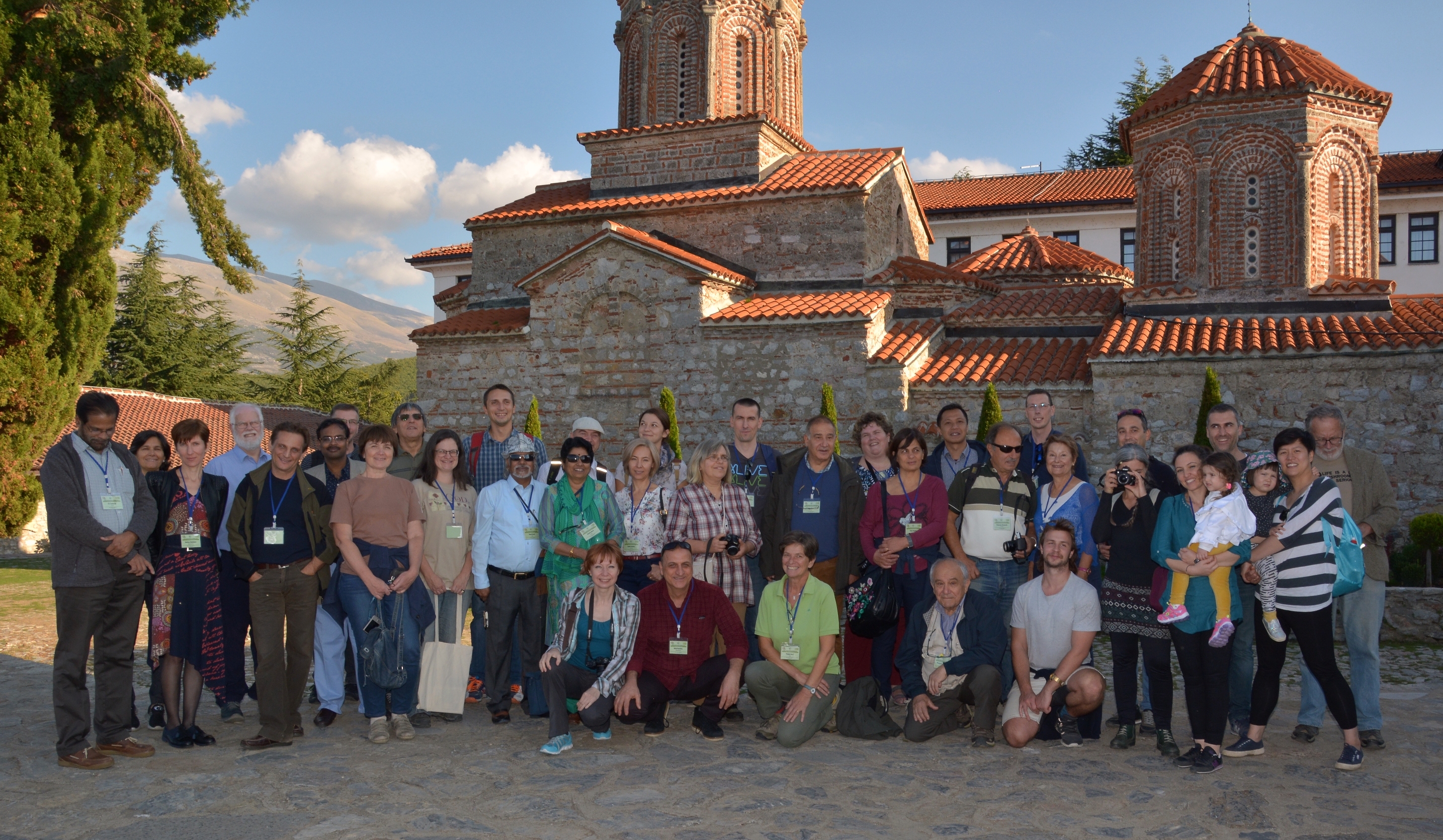 During the Meeting, daily updates will be regularly posted on this webpage. Join the conversation on SOCIAL MEDIA: the Meeting twitter is @mkdmycology and the facebook group formed specially for the event can be found here: https://www.facebook.com/groups/638232593042526/.

Please use the Meeting hashtag #EMAohrid2017 and mention @EMAConservation to get the word out.

The Second Circular has been released for the Meeting of the European Mycological Association (EMA) and the International Society for Fungal Conservation (ISFC), entitled ‘Fungal Conservation in a Changing Europe: the Challenges Ahead,’ to be held in Hotel Tino-St Stefan, in Ohrid, 1-6 Oct 2017. The Circular provides information about the Preliminary Programme, abstract submission, accomodation and registration. 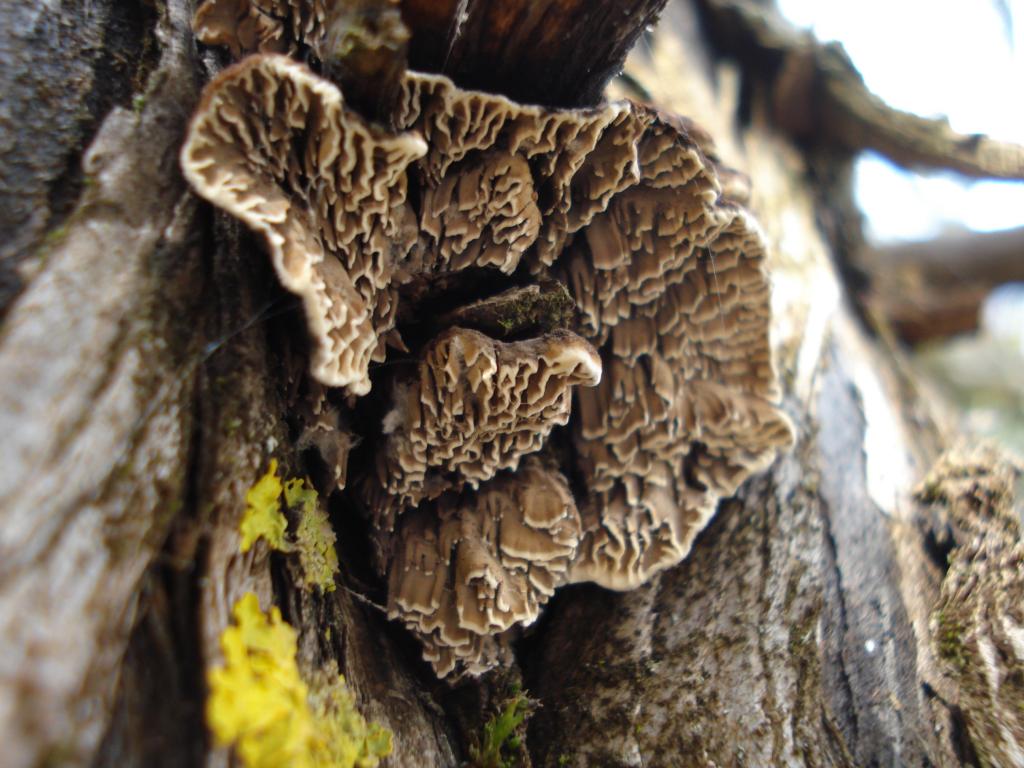 European Fungal Conservation Meeting to be Held in Macedonia

A Meeting entitled ‘Fungal Conservation in a Changing Europe: the Challenges Ahead,’ will be held in Ohrid (Macedonia), between 1st and 6th Oct 2017.  It is organized by the European Mycological Association (EMA) and the International Society for Fungal Conservation (ISFC), with scientific support by the IUCN Species Survival Commission. The Macedonian Mycological Society (MMS), based at the Institute of Biology within the Faculty of Natural Science and Mathematics, Ss Cyril and Methodius University in Skopje, is the local host of the event. The venue is Hotel Tino-St Stefan in the city of Ohrid. The city is a UNESCO Cultural World Heritage Site while the adjacent lake is a UNESCO Natural World Heritage Site.

The Meeting will be a platform for the participants to discuss the current processes responsible for changes in the mycoflora on a local, regional, national, European as well as overseas level, and to promote international cooperation in research, monitoring programmes and publication of red data lists of threatened fungi. The event will be divided into plenary lectures, workshops on IUCN (International Union for Conservation of Nature) global red listing, poster sessions, and a one-day field excursion to Pelister National Park. To register for the event and for detailed event information, please consult the First Circular.